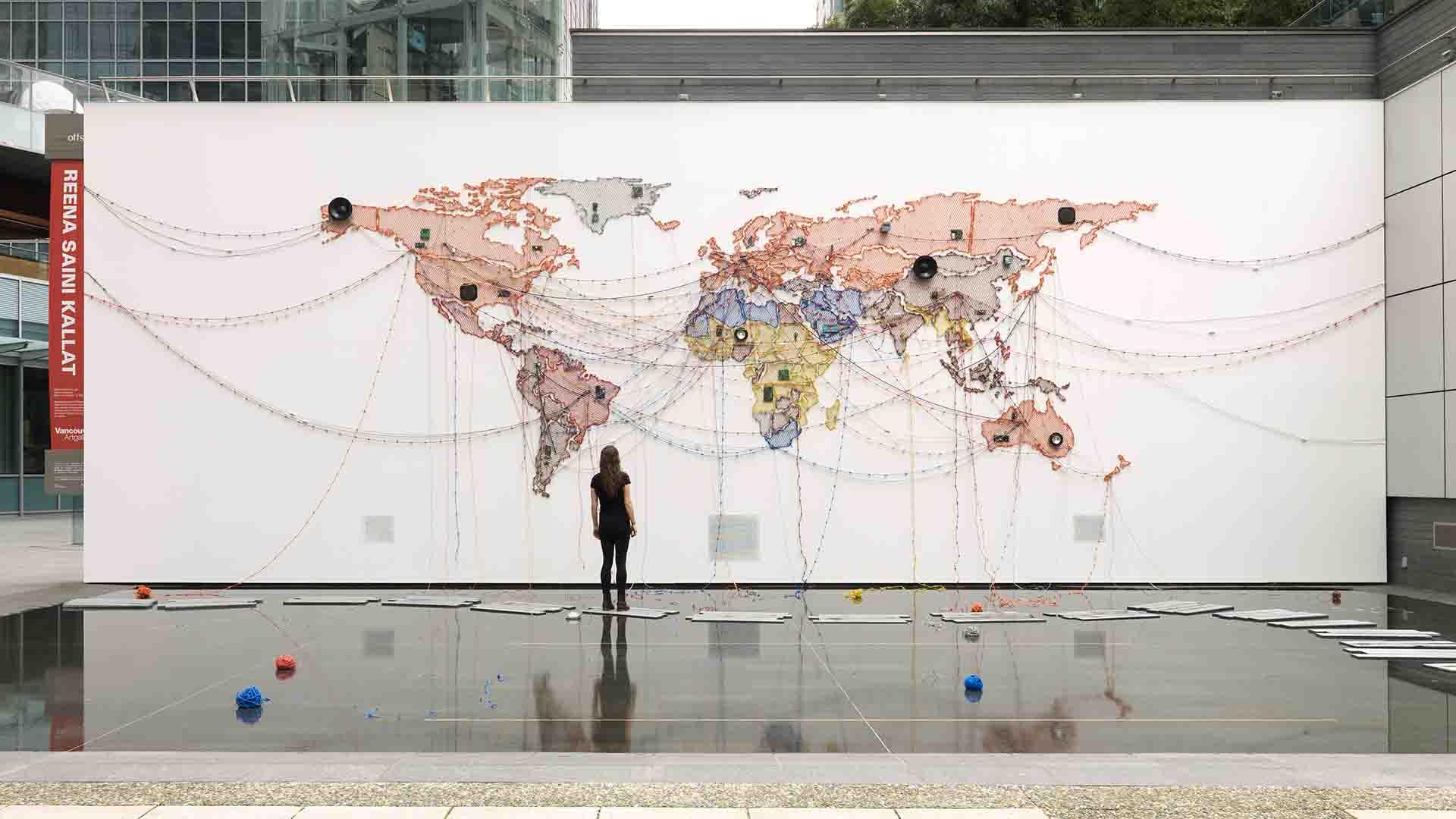 We think of the border as defining or tracing the edges of territories and sovereignties and nations, but the world and its histories are comprised of migratory movements. In the case of this project, though, each line of movement is akin to a barbed wire, and we could imagine that the movements of individuals throughout the world are continuous and dangerous at the same time.

Woven within the map itself are a number of speakers. They suggest a movement of goods, of animals and humans, of which we are all part. And what Reena Kallat's moving work illustrates is that we could redraw the map of the world based on these migratory movements.
BODY OF WORK
温哥华香格里拉酒店
更多文化
Connect