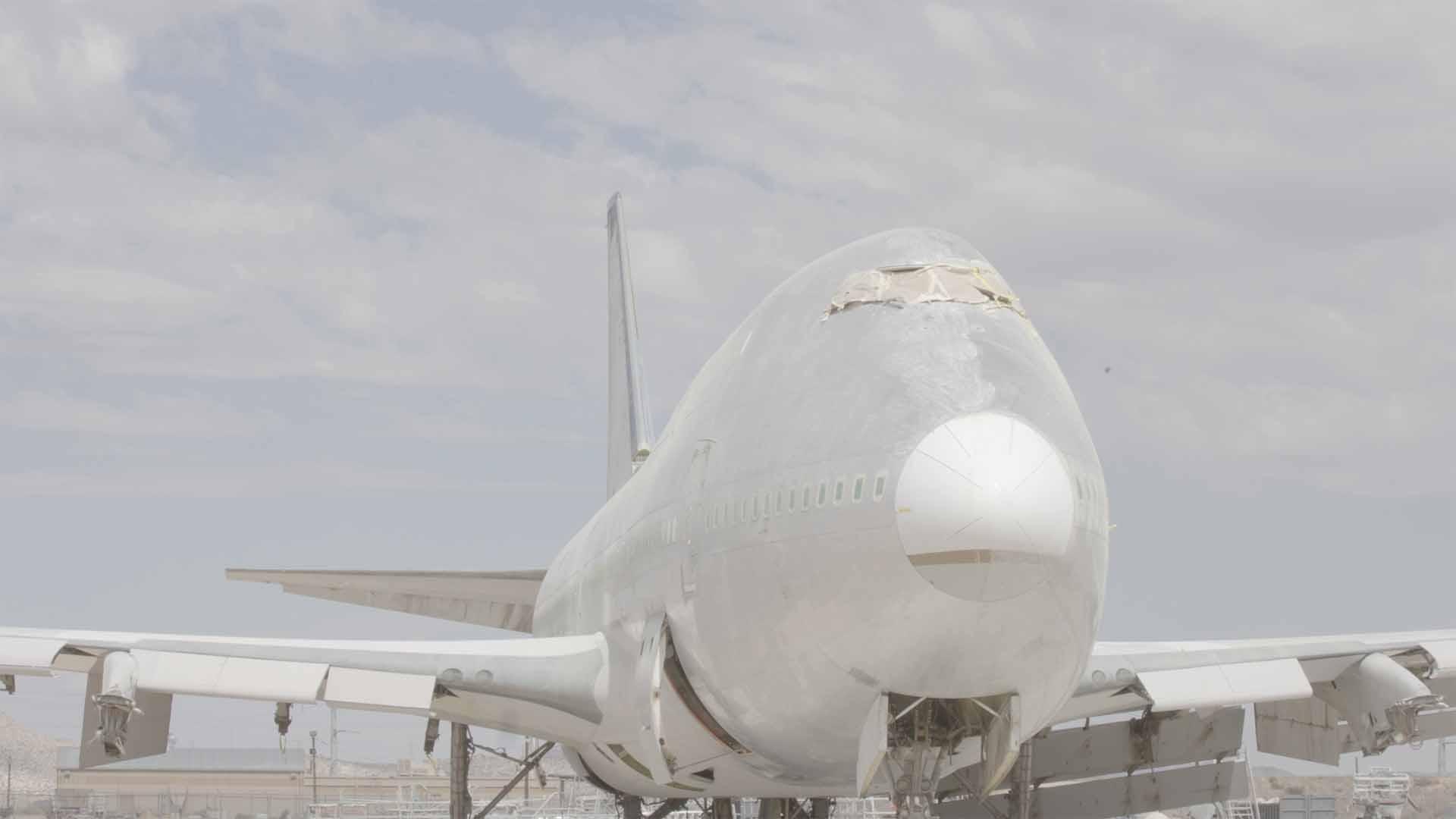 The Galleria at 1200 Stewart
T

he unique geometry of the galleria at our project, 1200 Stewart, presents the opportunity to create a distinct presence downtown, for a company that has played an integral role as an economic leader and global innovator in Seattle. Through a visually arresting design that transforms a Boeing 747 airplane into a reimagined space, we envision the Boeing 747 stripped down, suspended in the center of the galleria, exposing its raw aluminum fuselage as a work of art. The rear assembly, the landing gear and the nose of the plane will remain intact, with only the wings being shortened to fit into the space. Influenced both by Boeing’s history in Seattle and the unique shape of the space, our design manifested organically. We intend for the interior of the plane to become usable space, currently programmed as a workspace. While the polished metal fuselage of the aircraft will create tantalizing distortions on the planes exterior, the design for the interiors will create an equally inspiring environment within.

Through their work in aviation, Seattle and Boeing have both played a role in bringing the world together. The idea to bring a Boeing into the galleria at 1200 Stewart for a project in Seattle by a Canadian developer, came together in Tokyo. This design could not have come to bear without the connectivity Boeing and the City of Seattle have helped foster. Known around the world as the “Queen of the Sky,” the 747 is the quintessential Boeing airplane, in and of itself an icon. We are incorporating an entire 747 fuselage into our project to celebrate this legacy and its future.
BODY OF WORK
西岸1200
更多文化
Connect